Hemp and the endocannabinoid system

The new powerhouse of the herbal medicinal world. Its ancient lore and modern scientific accomplishments make it one, if not the most prominent resources used by mankind.

Identified by groups of 5 to 9 leaves with serrated edges and an overall oval shape. The upper leaves grow in an alternating palmate pattern, meaning that they originate from the end of a leafstalk. 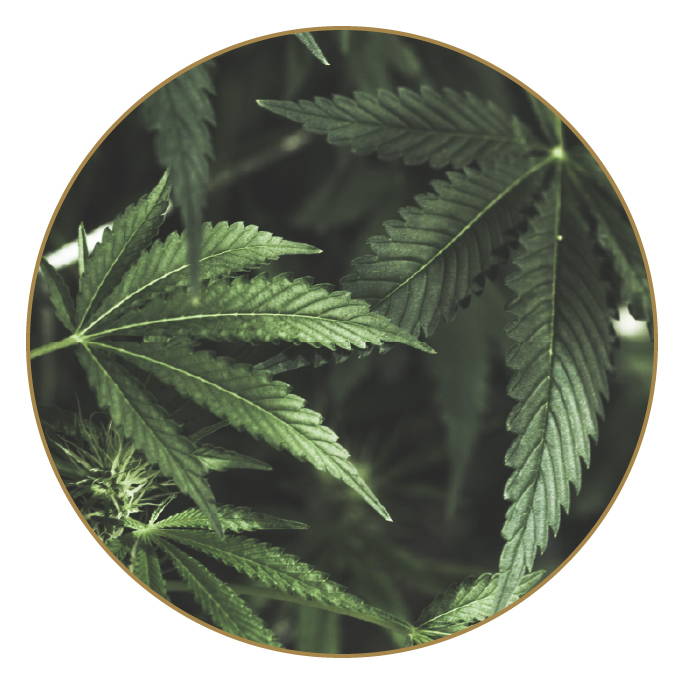 Hemp has gained acclaim as of late. Its vast healing potential makes it the highest selling herbal product in the United States. Although it has preliminary evidence that it may treat a number of different diseases, its true potential lies in its ability to affect the human body’s endocannabinoid system.

The endocannabinoid system (ECS)’s main function is to maintain balance through our nervous system, optimizing the metabolic, physical, and emotional aspects of our bodies.

The ECS consists of our own naturally occurring endocannabinoids, the enzymes that help produce and degrade them, and most importantly, the cannabinoid receptors.

Cannabinoids act much like an adaptogen, allowing the body to properly harmonize with changes and stressors in our environment. The cannabinoid system achieves this by binding to most cells in the body and monitoring multiple organ systems, with effects ranging from controlling inflammation, preventing the sensation of pain, providing protection of our tissues, and so much more.

There are at least 100 naturally occurring Cannabinoids in the Cannabis sativa plant, with many more cannabinoid like compounds being discovered in other plants such as pepper, lemon balm, and echinacea.

It’s not surprising we find these structures in other plants as they are made from the same parent molecules that produce terpenes, the element responsible for flowers’ and herbs’ prominent scents and beneficial effects. Cannabis plants are extremely effective when it comes to producing terpenes and cannabinoids, and their ability to secrete cannabinoid rich oils through their glands gives form to trichomes, or crystals, on its flowers, which are the main contributing factor to their rich medicinal potential.

"Cannabinoids act much like an adaptogen, allowing the
body to properly harmonize with changes and stressors
in our environment"

Studies have shown that our bodies actually produce their own cannabinoids (endocannabinoids), and also have receptors to interact directly with them as well. So far there have been 2 main endogenously synthesized (made in our bodies) cannabinoids discovered and are known as Anandamide, the bliss molecule, and 2-AG (arachidonoylglycerol).

The two most important receptors in the body are also the densest receptor type within our brain and spinal cord. CB1 receptors are associated with pain & sensory perception, memory, cognition, emotion, hormones, appetite and metabolism. CB2 receptors are mostly found in the immune system, but are also found in muscles and bones.

So how do the endo-cannabinoid system and cannabinoids actually affect illnesses such as epilepsy, anxiety, and pain, while increasing recovery?

The ECS first acts as an inhibitory signal to the release of further chemical messengers, literally blocking signals of pain and inflammation from being transmitted to the brain or central nervous system that cause further tissue damage.

Then, further endocannabinoids are released to calm our overactive nervous system, while also acting directly on organ systems with active sites within cells such as the mitochondria. The ECS also acts as a detoxifying agent, clearing old bi-products of our inflammatory and disease processes.

The combined effect of the ECS with cannabinoids is a harm reducing, self regulating internal mechanism that beneficially exerts its effects on an enormous amount of systems, cells, and machinery in the body. It is within this complex and beautiful system so many people are waking up to the healing power that exists within plants when used as a potent medicine.